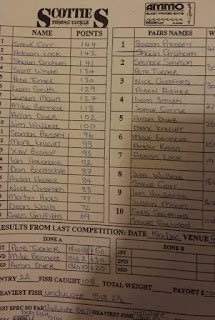 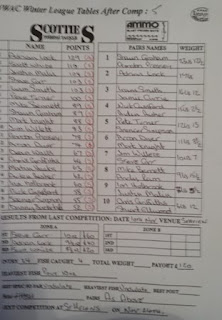 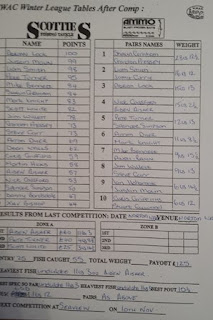 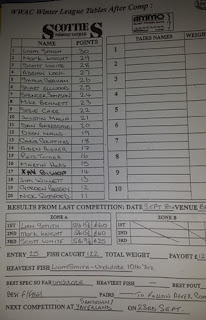 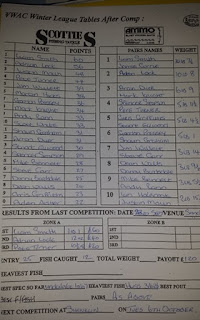 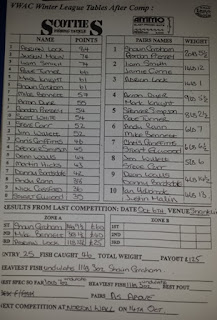 League format
1 All competitions will be pegged.

2 Best 6 results to count for final league table. In the event of anglers being tied the 7th
result will come into play.
3a       If, by the commencement of the first match,  fewer than 30 anglers have entered the league, then the   whole of the league will be fished to one zone.

3b  If by the commencement of the first match 30 or more anglers have entered the league, then two zones   will be pegged and two zones will pay out for 1st 2nd and 3rd. If fewer than 25 sign on for any one   competition, (irrespective of the league entry), then that competition will be fished to two zones for   points, but payout as per “Financial Running” Rule 4.

5 WWAC have the right to refuse entry.

6 League entry is defined by the entry form.

7 In the event that the match venue is considered to be unfishable or unsafe, the reserve venue or alternative venue will be fished. The League Secretary’s decision is final.

8 The sign on time will be extended by 15 minutes if a reserve venue is fished.

9  The Match Secretary has the power to amend the start, finish time or the venue.

11  Weigh ins will, wherever possible, be carried out on or near the beach, to assist with a   quick result   and to allow fish to be returned. The exact weigh in location will be notified at the draw.

12 A pairs comp. Will be run. This will be over all seven matches and will be drawn after the second match.
13  Any protests or complaints must be made before the end of the weigh in.

2. Anglers draw their peg which determines their fishing position for the match. In the event of circumstances forcing the angler off his peg then the angler should fish the nearest vacant peg within the same zone, after confirming this with adjacent anglers.
2a.  Double pegs:  a limited number of double pegs will be available at each match on a pre-  notified, first come basis.

3. Anglers may draw for a friend but must pay and name the angler before drawing. It is then the angler’s responsibility to ensure that the other angler has the relevant form and knows their peg number.

4.  All anglers who catch must weigh in, either personally or ensure that another angler   weighs in for them.
5.  It is each angler’s responsibility to return their peg to the weigh in.

7.  All fish must be recorded and signed for by another competing angler on the weight card   as soon as possible after capture.

8.  Foul hooked fish will count if hooked forward of the gill plate.

9. Fish will be measured in a straight line nose to tail, fish must touch the line (please
purchase an imperial match rule).
10.  A spare rod and reel may be assembled with a link attached, but no weight, trace etc.

11.  Wading is permitted, please give consideration to other anglers.

12.  The Match Secretary’s decision is final. All protests must be lodged in writing before the   results are announced. 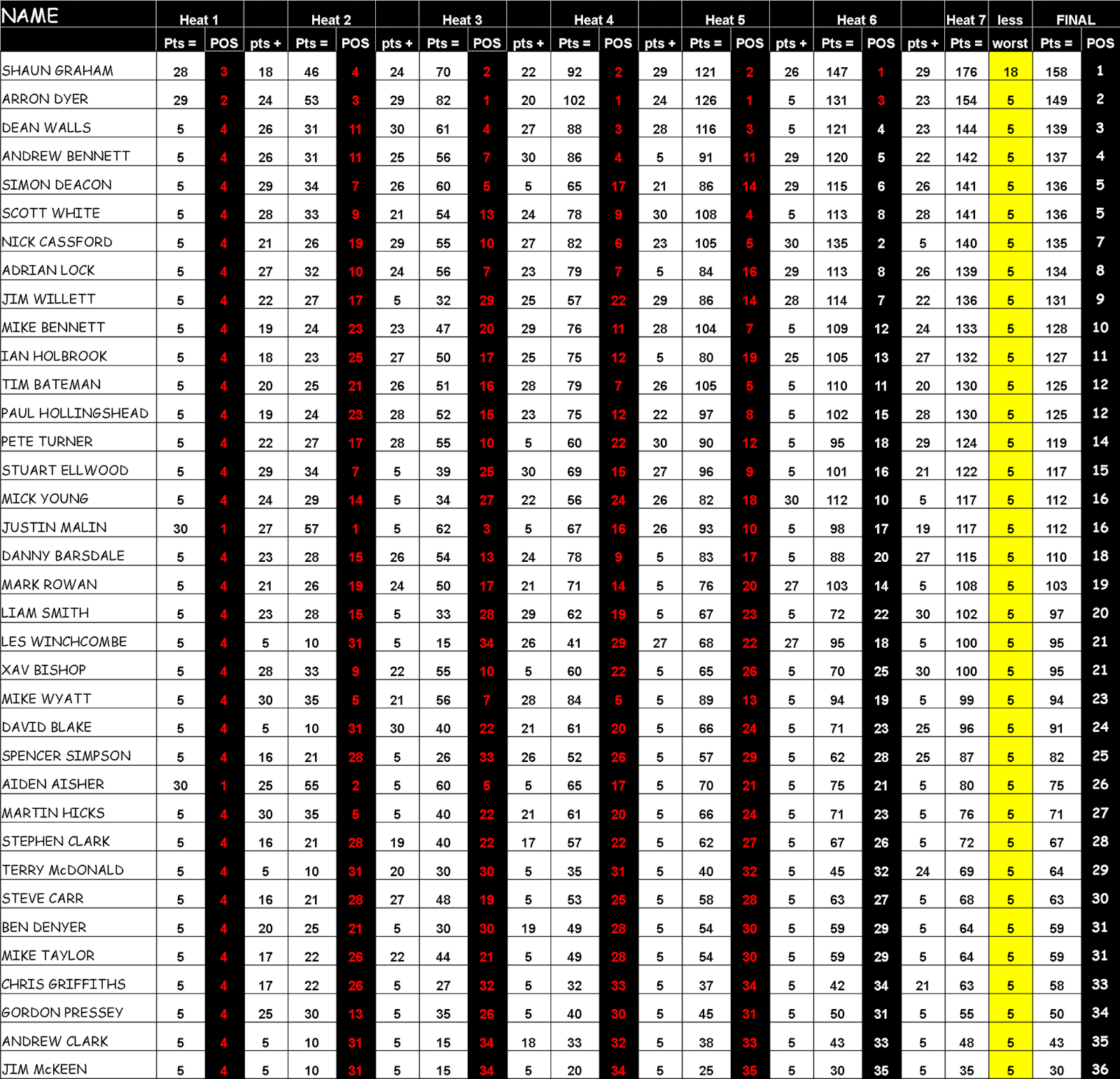